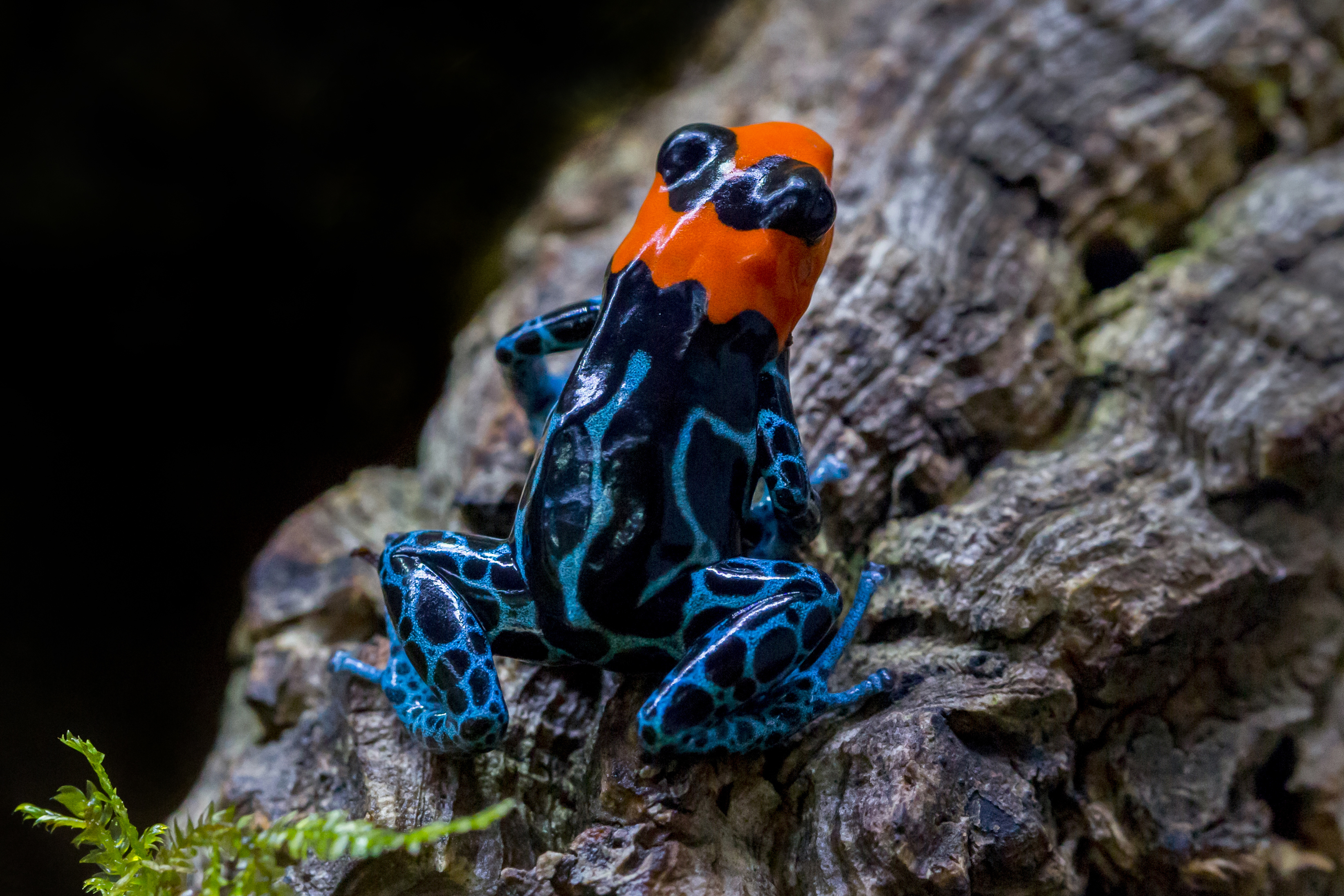 Although they are one of the smallest and often overlooked animal species kept at Reid Park Zoo, Poison Dart Frogs play a crucial role in helping environmental scientists study the condition of our ecosystem.

Known for their vibrant colors, which range from bumble-bee yellow to cotton-candy blue, these sticky-toed amphibians are found living in small groups in the rainforest habitats of Central and South America. Unlike other animals, Poison Dart Frogs take in oxygen through their skin by a process known as cutaneous respiration – a form of gas exchange. It is because of this, that scientists refer to Poison Dart Frogs as indicator species. According to Katie Hutchinson, a Zoo Keeper at Reid Park Zoo, scientists can monitor the health of the frogs to learn about the air quality and the overall condition of the environment in which they live.

“Frogs are amphibians which means they have a really porous skin, it’s almost like a sponge,” said Hutchinson. “In habitats where we have a lot of human activity, there can be a lot of pollutants or artificial things in the environment and when that gets absorbed through a frog’s skin, they can show developmental disorders.”

In addition to observing the amount of artificial pollutants in the environment, scientists can also use Poison Dart Frogs to study insect species.

“Frogs are reliant upon various animal species in the environment which are hard to track,” said Hutchinson. “If a small insect species that’s hard to study, starts to decline, scientists will start to see a decline in Dart Frog populations.” Currently, scientists believe there to be around 175 different species of these colorful creatures, hopping about in the rainforest habitats of the world; however, researchers are still discovering new species of Poison Dart Frogs, every year. By partnering with groups such as Anteaters and Highways and Amphibian Arc, Reid Park Zoo is helping play a role in protecting these animals from the threats of deforestation and habitat loss.

“While the name might say anteaters, they (Anteaters and Highways) actually work to protect the habitat down in South America – and in that habitat, we are protecting species like dart frogs. So, by helping one big species, we can actually help all the other species that live within that habitat,” said Hutchinson.

One way that you can aid in the conservation effort of Poison Dart Frogs and help Reid Park Zoo’s goal of protecting wild animals and wild places, is by purchasing rainforest-safe paper and products. Special Note: The Dart Frog Habitat at Reid Park Zoo was made possible by the generous support of longtime docent, Fran Armstrong and her husband Ray Armstrong. Although Fran passed away in 2016 her memory lives on at Reid Park Zoo.